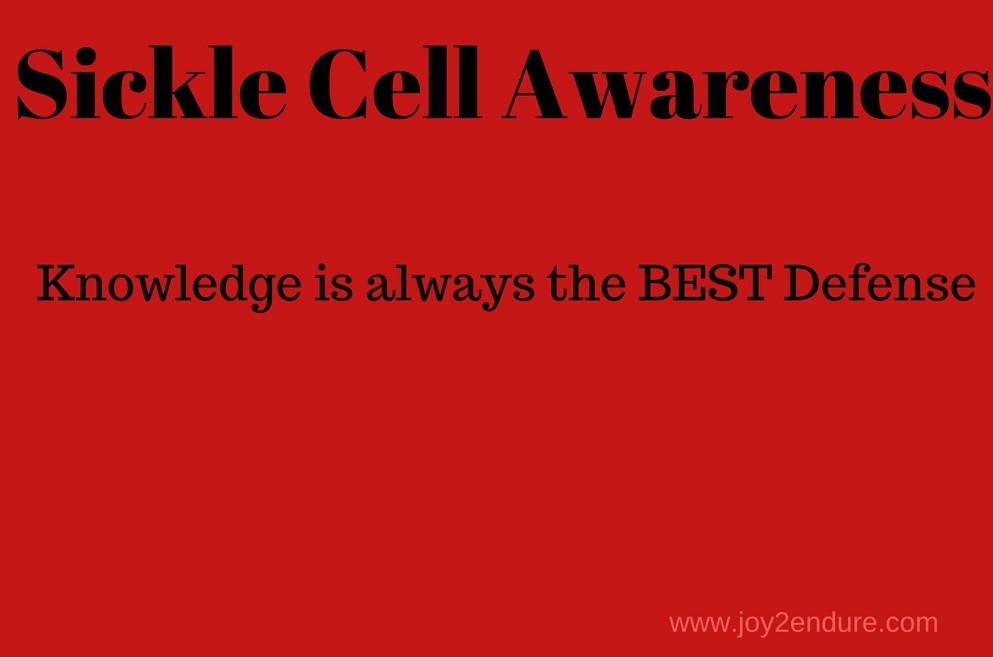 Assam and Eneke met in the University. She was a freshman while he was in his final year. They became inseparable and it was not surprising when a few years later, their friends were invited to their wedding. In the midst of all the excitement and preparations during the few months to the big day, a concerned friend advised Eneke to at least do the one test that would help her know her genotype before she proceeds with the preparations.

This friend as is typical of people was called a Judas and an enemy of progress who did not want them to be happy. Names and insults followed and the relationship grew cold. Five years after the wedding, three kids were born and they all turned out SS. There began the struggles and moreaccusations. An aunt and uncle who also suggested the test be done at least before marriage were branded the evil witch and wizard who have bewitched their children. Two of the children died and the surviving child Eyong, was taken to all kinds of witch doctors and marabouts in a bid to ‘cast out’ the spell making him sick always. The irony is that despite a university education and advanced degree, Assam and Eneke still clung to the blind belief that, that aunt and uncle are bad belly people who do not wish them well thus bewitching their children.

The scenario above is fiction but the events are real and happen daily amongst us leading credence to the fact that; when it comes to dealing with sickle cell disease, ignorance is not always bliss. Yes we were hampered upon the ignorance is bliss while growing up. If this statement is linked to our great grand parents and grandparents before them or even to some of our parents who never had the privilege of seeing the four walls of a classroom, I would readily agree that sometimes, ignorance is truly bliss.

However, if this statement is made in reference to highly educated people like Assam and Eneke mentioned in my story, then ignorance, especially in this technological age where just a click opens a vast vault of knowledge on just about anything, it is no longer bliss but negligence that can cost a warrior their life.

Coming back to our introduction, the test which the well wisher suggested Eneke and her then husband to be do is the ELECTOPHORESIS test. This test helps prospective couples know their genotypes and help them determine if they would love to proceed with the marriage or relationship. It doesn’t cost much and the discomfort and pain experience is temporal but it will save one a life of worries, tears and what have we or it would better prepare one to deal with the consequences of any decision made after doing the test and knowing their genotype. It is advisable to do the test once you are convinced your relationship is on save waters heading towards the matrimonial shores. It is therefore important not to view any who suggests you do the test an enemy of progress who doesn’t want you happy.

Chances are that they are talking from experience either by going through the condition themselves or watch a loved one go through.

Let go of your superstitious beliefs that someone has bewitched your children.  Sickle cell disease is a genetic blood disorder and not a result of witch craft. If you do not have the genotype, there is absolutely no way your child can have it. It is that simple. Consider it ascertain facial features or mannerisms children inherit from their parents due to shared genes. And while you are at this juncture, take your child to the hospital and get a proper diagnosis and not some marabout.

The marabout or witchdoctor will only fuel your superstitious beliefs, telling you what you want to hear and fanning the flames of discord in your family while fleecing you. They already know you blame that uncle or aunty so why not get rich at your expense while feeding your ignorance and blind superstitions? This is where I am particularly thankful to my mum. Though she never had the privilege of seeing the walls of a classroom, she had more commonsense. She chose faith and belief in God and hospitals over superstition and belief in marabouts. For this reason, my condition was diagnosed at an early age resulting in good and proper care which has kept me going till date. 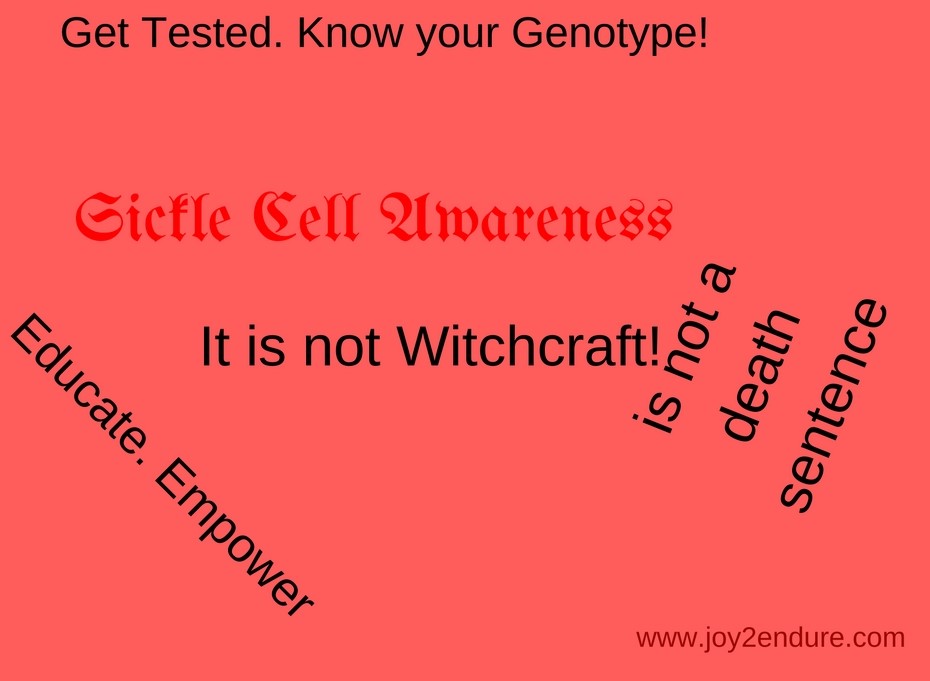 Educate yourself. Make use of all the technologies and dot.coms to learn all you can about your warrior’s condition. There is no gainsaying that when it comes to sickle cell, a condition that is still widely misunderstood, knowledge will always remain the best defense. So educate yourself, ask questions and help your warrior child. Feed them healthy meals and keep them warm and hydrated.

Coming back to our story, Eyong’s life is made worst because of his parents’ blind belief in superstition. Each time he suffers a crisis, it is attributed to an attack from the wicked uncle and aunty in the village and straight, he’s rushed to a marabout. He has remained fragile, pale and grossly malnourished. In his case, ignorance would kill him faster than the condition if care is not taken. There are many Eyongs in this world suffering under the yoke of superstition in addition to their health battles. These prove that ignorance is not always bliss. That is why it is imperative to keep this awareness issue going so that, parents of sickle cell warriors would stop attributing it to witchcraft and as a result, seek appropriate care and medications for their warriors. Join the fight; be that sickle cell voice and save a warrior from dying due to ignorance.

Ignorance is not bliss at all when it comes to issues like this.
In our church, they requested that we do the genotype test before marriage. I was so grateful for that. It is essential that couples do the ELECTOPHORESIS test so more Eyongs will not be born to suffer.

Thanks for this enlightening piece!

You are right sis. Very thoughtful of your church to remind you about this important but often ignored test. This is the only effective mode of prevention that we have.
Always happy to feel your presence here sis thanks so much for always.

very informative post, knowledge is power. Big up to u dear

Thank you so much dear. Knowledge is really power. We can’t claim ignorance all the time and go scoot free, it will cost us dearly. Happy to have you here, thank you for stopping by.