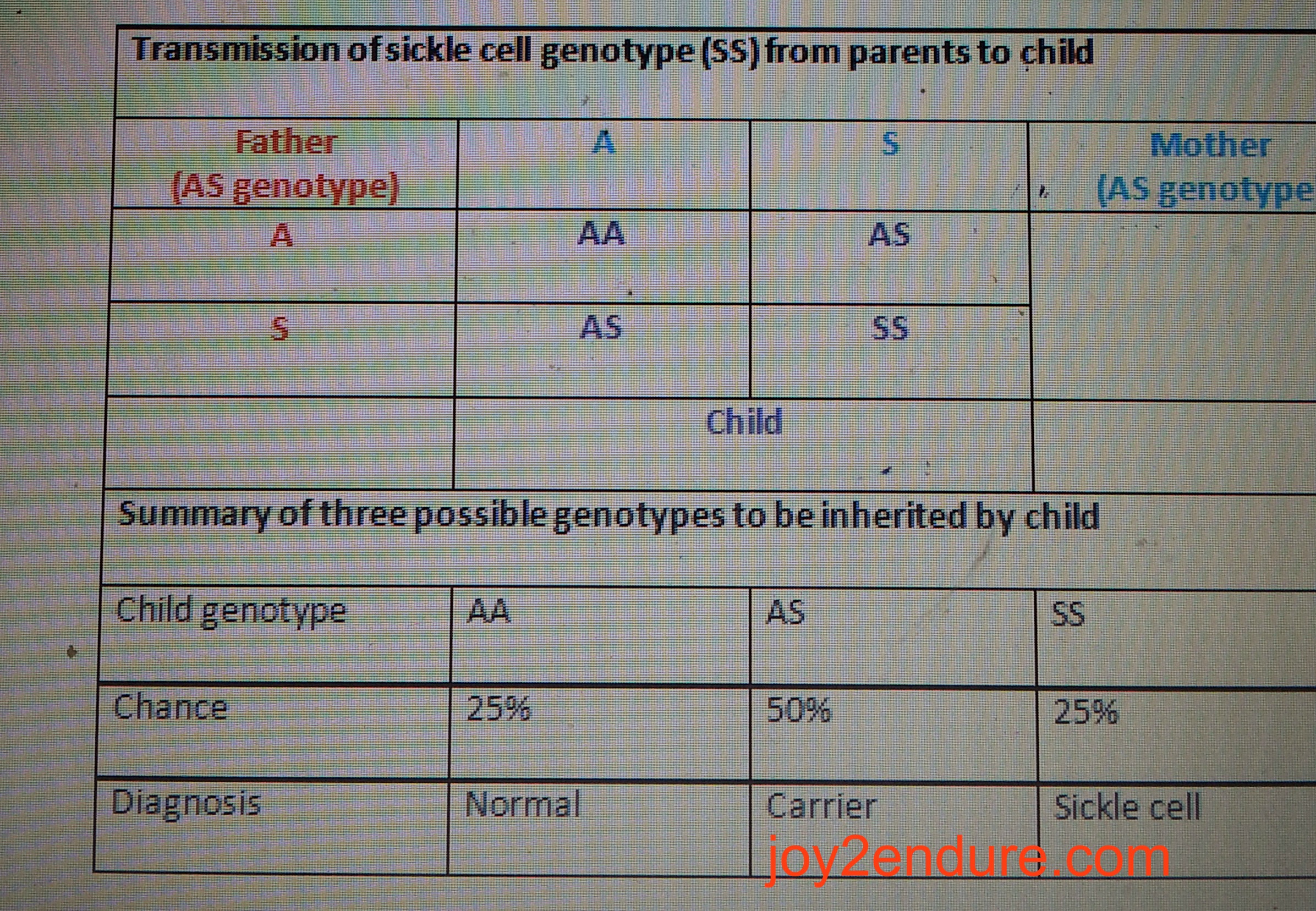 ‘Born me ah fever you’. If you are from Cameroon, you can easily relate to this popular saying. It could still pass as a slang which in a few words explains why children most often resemble, act or behave like their parents.  Genetics are a factor too that is why certain mannerisms are more readily visible within some families.  I have been told often that I do a lot of things like my father from the way I walk and the way I do certain things noticeably always with a penand a book writing away. So this writing thing is in the blood. I will have to ask if I was conceived with a book and pen 🙂

In addition to these factors, there are also other aspects of this genetic setup which could more or less determine if you are born with an inherited condition. These conditions vary and may be the number one catalyst which shapes the course of our lives. Science refers to this as genotype. I am not a medic or a scientist but from my experience with sickle cell, I will try to write what I understand as genotype in layman’s language, to explain why it is extremely important to know your genotype especially in relation to sickle cell disease.

Oxford Advanced Learners Dictionary defines genotype as the combination of genes that a particular living thing carries, some of which may not be noticed from its appearance. This definition makes a lot of sense especially when one tries to understand how a combination of genes could lead to one being born a sickle cell patient.

Basically, there are about three widely known genotype groups which are referred to as AA, AS, SS. The probability of these genes combining to produce a sickle cell warrior depends on the genes both parents possess. For this reason, If both of your parents are AA, your chances of getting sickle cell is slim and next to nil except maybe on such rare occurrences which I learnt last week science refers to as spontaneous mutation which basically, means two healthy people having a child with a condition they do not suffer from. This was very surprising to learn. I have always believed that at least both parents must have the same gene for a child to be born with a condition. And since I am not a medic or scientist, I can only encourage you reading this to learn more about this spontaneous mutation from your doctor, the web and other scientists known to you.

Coming back to genetics, I am SS because I got an S from both my parents who are both AS.  So you see why I say ‘Born me ah fever you’. A more detailed explanation of why this is so is explained in the diagram below. Also, I will encourage you to read as much as you can about sickle cell and genotypes. There is so much available online. 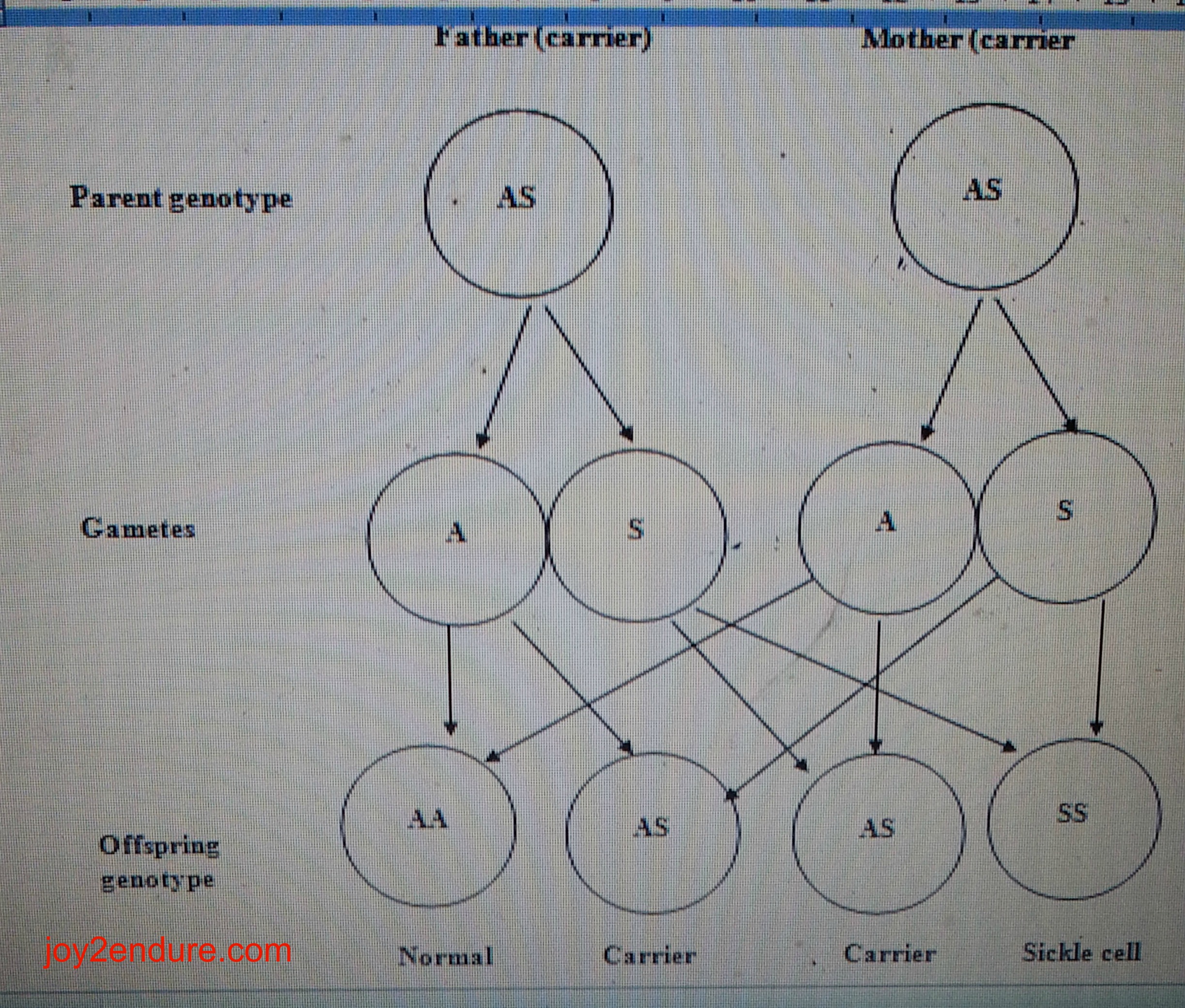 I previously blogged about how knowledge is the best defense in dealing with and reducing the number of children born with sickle cell by encouraging everyone to do the electrophoresis test before marriage especially if you plan on having a family. So before you start blaming witchcraft or spontaneous mutation, it is important you do this test and know your genotype. You can read the post here if you missed it.

I hope from the diagrams and additional posts in this article, we all can now understand that the importance of knowing our genotype cannot be over emphasized. It is sickle cell awareness month. Do the test and know your genotype and encourage someone else to do same.

Let’s together spread the awareness.
Keep reading, keep sharing and keep commenting. We are inspired by your comments, thank you.

Thanking God for you and the strength he has given all of you to endure.

Thank you for stopping by Janice. Looking forward to seeing more of you hear. We thank God indeed always.

Thanks for the great work. Your efforts are surely demystifying SS by giving assurances and knowledge to the affected. Continue the good fight! Kudos.

Thank you so much Mr Eric. Glad to have you stop by. Together, we all can demystify SS and help warriors break from from the chains of stigma.