The triplets that shoot forth like babies after intense labour pangs. 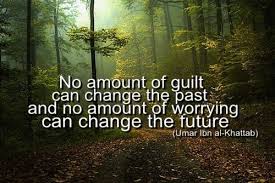 It is mid night, sleep beckons and everyone gets ready to start the much needed trip into slumber land when shrill cries rein the air and screams follow. Sleep laden eyes and groggy feet make their way towards the sound. As they got closer to the screams, cold showers of guilt welcomed them; instant wakefulness followed and a beehive of activities take stock. Meanwhile the screams intensify; the pains gather momentum and the tears flow like streams of rivers, making it all look like a musical concert in which screams, tears and pains compete to develop a soprano of blame.

Guilt… Blame…  Two words akin to the warrior’s world which go hand in gloves with the other like husband and wife.

The suddenness in which the pains come up and the  intensity of the screams that accompanies it, always leaves many parents of sickle cell patients feeling guilty to the extent that some blame themselves for the plight of their kids. On the other hand, the manner in which some warriors may react to the sudden intense pains could very well be seen as blaming their parents for their predicament.

It never gets voiced out but telltale signs can be picked up easily.

Should parents feel guilty? Should they be held responsible and be tried in the warrior’s court of pain and suffering to be found guilty and worthy of blame?

You tell me.
Medical knowhow has improved greatly over the years but the fact remains that people still suffer from excruciating pains and kids are still being born with Sickle Cell (SS). So what now happens? Parents should rightly take the blame and therefore deserve to feel guilty each time their kid is sick?

Like I just mentioned above, medical knowledge has made gaint strides but the fact is ‘faulty’ genes remain. The simple fact is that while people today are encouraged to do pre tests before marriage to determine their genotype, this luxury was not available to many parents of yester years. So why the guilt and blame game?

Feeling guilty or blaming someone indirectly will not miraculously melt away any predicament or pain.

No parents want to see their child sick. No parents are absolutely happy to see their child constantly suffer. The agonies they experience are beyond words and yet, they have to deal with guilt while staying strong and silently motivate their child to fight. They sink under the guilt and blame the situation inflicts on them and still they brace it all.

If you are a warrior reading this and you have the uncanny ability to somehow make your parents or others by you feel guilty whenever you face a health battle, reflect and think. What do you accomplish by such motifs? If you are a parent or sibling or someone close to a warrior, how will feeling guilty curb the crises? In the throngs of crises our commonsense sometimes deserts us no doubt there. But blame and guilt especially when unfounded have never been known to do any one good.

This is the first post i have read and you have a way with words. Yes we shoukd be more aware of this condition and spread the word around. Good work.

Hi GetRude,
Thank you so much for stopping by and thanks alot for the encouraging words. It is very imperative to talk about this and spread the word around. Thank you once more. Hope to see more of you around.

It’s appropriate time to maie a few plans for
the future and itt is time to be happy. I have learn this post and if
I could I desire to counsel youu few fascinating things or suggestions.
Maybe you could write nextt articles referring to this
article. I desire to learn more thngs approximately it!

Arrey, mami u can write. I have not only learnt so much about sickle cell that I knew very little abou,, I learnt new words and phrases too. Your pen glides with so much ease. Shine on my dear sis, I am enjoying every post