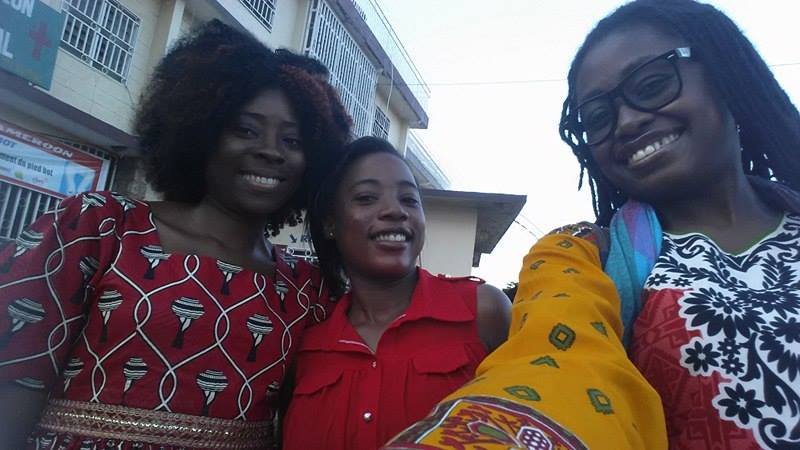 The picture above is that of three SickleStrong Warriors, Standing Tall after the just ended workshop on Sickle Cell Care and Management organised by yours truly. Imagine these three warriors under the same roof? Impossible! God Forbid I can hear someone say. The thing is it is very possible, no be say God turn yi eye the other way and just lef am happen yi don di happen since Adam and Eve cause we all troublems fo Eden.. Is it easy? Let’s see.

Picture this scenario.  A lady is discharged from the hospital with her previously sick child. She goes home and everyone breathes a sigh of relief. The next day, she is back in the hospital with another sick child. Sometimes, there might be more than two sick children and the process is repeated until all the children have had their hospital rounds and if the lady is fortunate, she might have a month or so break before the circle starts again.

Unbelievable I hear some say. It is not my over active imagination trying to paint some seeming hopeless situation. It is a fact that happens with many families of sickle cell warriors. It is common to see a family deal with multiple warriors and the scenario I painted is all too real for such families. Multiple warriors are a reality in Cameroon and Africa at large. It is very common to see families with two or more warriors who might be siblings or aunts, uncles, nieces, nephews, cousins you name it. Many parents have lost all their kids to SCD. That is the reality of life with multiple warriors.

These kids do not plan to fall sick one after the other to terrify their parents or make them stressed out with worry. Far from that. It just happens. Maybe the stress and worry of watching your warrior sibling struggle usually escalate into a full blown crisis I don’t really know. Whatever the case, It does happen and the situation is very, very challenging.

Taking care of a single warrior is no mean feat and then try to figure out what it would be like taking care of multiple warriors. Let me give a simple idea to explain what I mean.

The Cost of Medical Bills.

Let’s assume daily medications and hospital stay at any given time for one warrior can amount to as much as 200,000 francs CFA or more. Now multiply that amount by two or four or even six and you get the idea of what I am saying. There is no iota of doubt on just how financially taxing taking care of a warrior is. I just cannot begin to think of how financially heavy it is for parents with multiple warriors.

Whenever I am sick, especially during those trying moments of severe pains, I see myriads of expressions ranging from fear, worry; regrets pass through the face of my siblings and parents especially. Now imagine such expressions double or triple fold. It is the shortest and easiest cut to psychological and mental break down. Then think of what happens when a family have multiple warriors who all fall sick the same time? The screams, the shouts, the tears all mingle together to form a mismatched choir where everyone bangs just about any kind of musical cord to produce some kind of haunting but poorly performed musical concert and the listeners all listen and watch helplessly. Sometimes with nothing more to do, they join in the chorus and the cries.

There is nothing many people hate as being constantly in and out of the hospital. It goes without saying that parents with multiple warriors can practically take the various hospitals to mean their various vacations sites and hotels. The stay will of course depend on the frequency with which their warriors fall sick. Think about a stay in a hotel whose interior is decorated with stark white beds, the sounds are screaming noises from people fighting for their lives and the smell is antiseptic while the managers and hostesses are all dressed in white, always on the run with a needle or tray full of medicines as pipping hot dishes to serve.

Life with multiple warriors is trying but not all bleak. During those moments when crises give everyone a breather, I can say without doubt that these parents enjoy precious moments and time with their kids. The trick is to ensure they and their kids live as normal a life as possible. Nevertheless, I duff my hat off to all the parents with warriors, especially those with multiple warriors. The pain of suffering, the constant threat and fear of losing a child hangs constantly around them yet each day, they press on determined to see their warriors thrive.

The finances that go into medical bills for warriors is enormous. That’s why I respect you ladies so much. You emanate so much strength despite all the challenges you face. May God continue to strengthen you and enable you make lemonade out of lemons.
Thanks for yet another inspiring insight into the lives of warriors.

The finances are truly enormous. It is like no money no chance at life, but life goes on. Thank you so much for always cheering and for always leaving an encouraging comment.